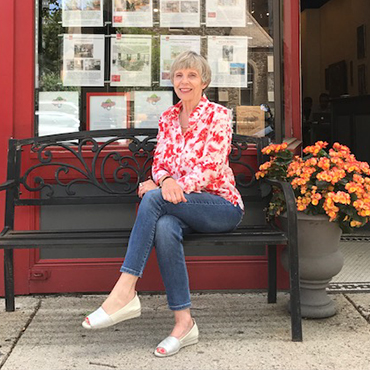 Barbara Spears
Senior Real Estate Agent
barbara@southendrealty.com
Barbara Spears began her real estate career over 38 years ago in the South End of Boston as the marketing agent for a well-known developer, where she learned a great deal about condominium conversion, marketing and financing. In the late '80's and a partner operated Boston Realty Group and moved the agency from its location on the corner of Massachusetts Ave and Tremont St. to its current location at 476A Columbus Ave. The name “South End Realty Group" was adapted soon after.

In 2008 Barbara sold her agency to Keller Williams, who took over her location on Columbus Ave, but remained on as a senior sales agent. In March of 2011, KW moved locations; Barbara preferred staying in a location that has been a real estate office since her initial move there, and was happy to join the re-opening of South End Realty Group and its new principals, Tim and Joe.

Since becoming a full time, independent real estate agent, Barbara has helped hundreds of buyers, sellers and developers providing expert advice and dedicated service. Additionally, she has participated in the community for many years, most notably with South End Baseball and now teaching English as a Learning Language in two locations in the South End and Lower Roxbury.